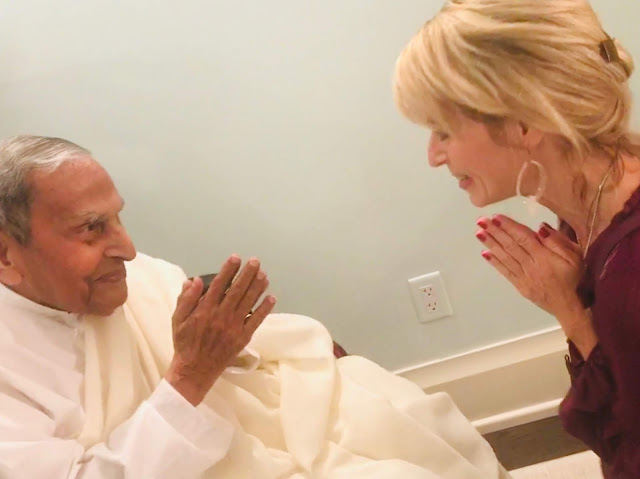 A couple of weeks before my wedding to Amit, it so happened that his Father's Guru, Dada J.P. Vaswani from the Sadhu Vaswani Mission in Pune, India was in the New York/New Jersey area. He was scheduled to speak at several venues and I was looking forward to attending these events which included Dada leading a meditation at The Town Hall in New York City. I was honored when Amit said Dada was coming over to his parent's house to bless us as a couple.

I previously attended events in Manhattan where Gurus were present but I never had a face to face meeting before. I was a bit nervous but at the same time thrilled. Being raised Catholic I was accustomed to getting dressed up for special holy events so I made sure not to wear my yoga teaching work clothes but to change into a simple summer dress with a light scarf in case I needed to cover my head and shoulders. I had no idea and was guessing what was appropriate. Amit insisted not to worry about these details. He encouraged me to simply show up and enjoy.

I arrived at my soon to be in-Law's house and the suburban streets were covered with parked cars. This was not typical nor was the crowd of people in the house. The floors were covered with white sheets and everyone was wearing white except for me and Amit. I was overwhelmed with hugs and kisses and words of Congratulations for my upcoming wedding. Eventually Dada arrived and all eyes turned towards him. It was hard not to stare at him. He's a luminous being. He entered with his assistant Krishna Kumari by his side and about 10 other people. I heard a tambourine, people bowed as he walked by while a photographer filmed his every move. Things got quiet and cameras were turned off when Dada sat with Amit and I where he meditated with us, blessed us and mantras were repeated.

What touched my soul was Dada looked at me and quietly told me something I was thinking about the day before. I told no one about these thoughts. How did he know? He continued to look at me and told me something I was thinking about when I was a teenager. Then he told me something I would think about in the future and as I'm writing this exactly ten years later he is correct. He was able to know my past, present and my future mind. Not in a way that anyone ever did before. He continued to look at me. This time there were no words. Rather a feeling of unconditional love came from him. I was in awe that he was able to look at my mind with all its thoughts including the confused ones and he continued to send me unconditional love. I never felt this feeling before. It was an incredible feeling that was healing my heart. When I looked back at Dada I loved everyone including myself. I imagined this must be what heaven feels like. After our meeting I remember trying to hold onto this high frequency love vibration. Life and its challenges sure does make it rough to always embody loving thoughts, words and actions. The beauty of spending time with a Master like Dada is I have the memory of this feeling in my heart. It's a feeling that I visit often to stay soft and approach my life with an open and brave heart.

I'm sharing this personal memory of Dada J. P. Vaswani because July 12th is the sacred day a year ago he dropped his physical body at the age of 99. I'm so grateful to have had magical healing moments with Dada. Above is a picture of our last face to face meeting on September 13, 2017. I will be posting more photos and tributes in the coming weeks up to his birthday August 2nd which is observed as Global Forgiveness Day. Please visit momentofcalm.org and sadhuvaswani.org to learn more. 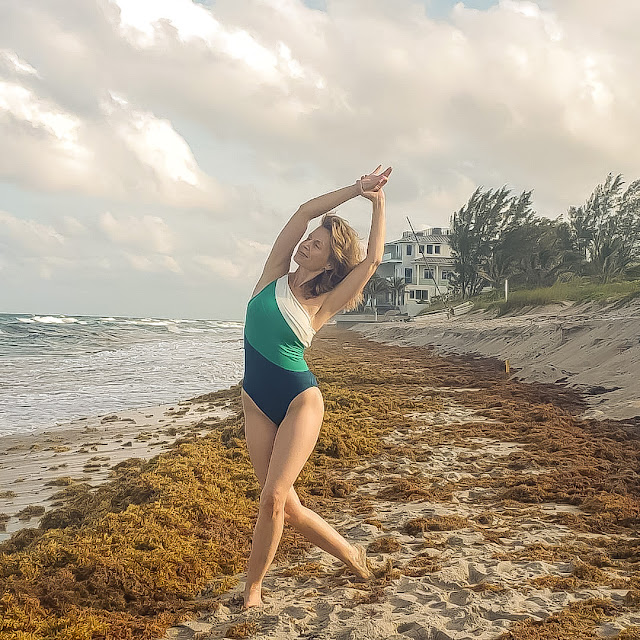 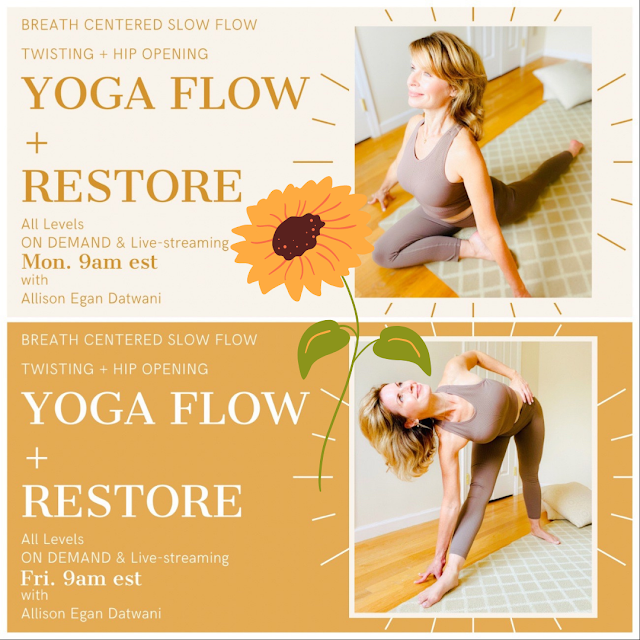